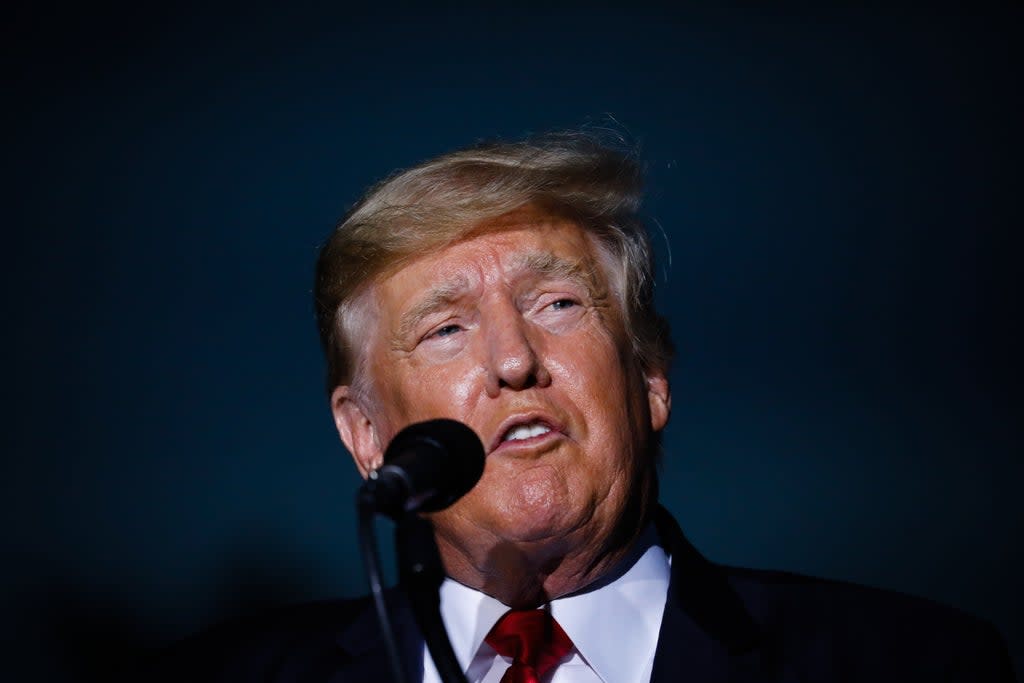 Looking ahead to 2016 we election, then candidate Donald trump claimed to be the “king of tax coded”.

“I know all forms of tax – believe me – from [value-added taxes] fair tax for – every form of tax, ”he once said in August 2015, according to The Washington Post.

Around the same time that summer he said, “Look, no one knows the tax code better than I do. OKAY? I know it better. I am the king of the tax code.

Less than a year later, in March 2016, he once again claimed that he knew “more about taxes than any human being God ever created.”

Fast forward several years, and the former president, whose company, the Trump Organization, faces charges in a criminal tax case, claims to know nothing about certain tax rules.

Speaking at a rally in Sarasota, Florida on Saturday, Mr Trump said, “They are going after good people who work hard not to pay taxes on a company car.”

Some saw the former president’s comments as a sort of confession, with the company and its CFO Allen Weisselberg facing a slew of tax-related crimes following a multi-year investigation by New York prosecutors.

However, as The Washington Post notes, it is also possible that Trump is seeking to mount a defense by claiming ignoring on US tax law, particularly if he himself faces charges in the ongoing investigation.

If his company’s defense team tries to argue that any tax violation they committed was a mistake, it is possible that Mr. Trump’s past comments will come back to haunt him.

Speaking to CNN in an interview last week, former Trump attorney Michael Cohen said he believed that “everything, whether it be the acquisition of paper clips, light bulbs, furniture, mattresses, etc. him or his initial ”.

The former Trump lawyer said he believed the former president would likely have known about the existence of the tax scheme the Trump Organization is accused of implementing.

“My God, this is street level gangster stuff”: lawyers on what we now know about the Trump Organization

Trump Organization CFO pleads not guilty to 15 counts, including robbery as part of tax evasion scheme

MAILBAG: A simple tax code would be fairer | Opinion