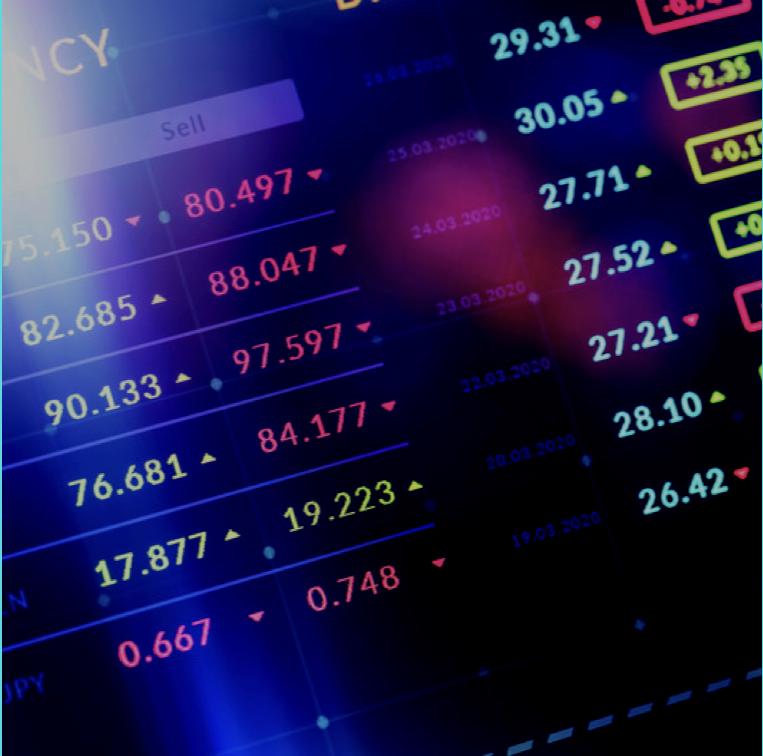 Digital currency transactions (including NFTs) involving more than $ 10,000 may need to be reported to the government

November 5, 2021, New York, NY – Abraham Sutherland, lawyer and specialist in cryptocurrency economics, recently spoke at the NFT NYC conference to raise awareness of a neglected provision (amended section 6050I of the code tax) that could be a system-wide change for all Americans who invest in cryptocurrency and NFTs. The full 14-page research report on the proposed changes in the bill and how it will affect Americans can be viewed at https://www.proofofstakealliance.org/wp-content/uploads/2021/09/Research-Report-on-Tax-Code-6050I-and-Digital-Assets.pdf

At the time of this writing, the Infrastructure Bill has passed the Senate and is pending in the House and could make the receipt of digital assets (whether cryptocurrency, of NFT or any other digital asset) a crime if not properly reported. “This violates the Fourth Amendment,” Sutherland said. “It’s impossible to respect” and it could discourage people from using digital assets.

The proposed amendment to Section 6050I states, in a wide range of scenarios, that “anyone” who receives more than $ 10,000 in digital assets must verify the sender’s personal information, including the social security number. , and submit a report to the government within 15 days. Failure to comply results in mandatory fines. The proposal builds on a 1984 law drafted to discourage in-person cash transfers and encourage the use of financial institutions for large transactions.

Article 6050I, on the other hand, imposes monitoring and reporting obligations. In a wide range of scenarios, it requires anyone who “receives” digital assets to report the sender’s social security number and other sensitive information to the government. Ultimately, giving a decisive advantage to existing, heavily regulated financial intermediaries who are used to reporting financial transactions to the government.

The monitoring and reporting obligation under proposed section 6050I applies to “any person”.

At first glance, the value threshold to trigger the law seems simple: $ 10,000. But given the potential breadth of the applicable legal term, “transaction,” the threshold is anything but clear when applied to digital assets.

Unlike cash, a receipt of digital assets does not require acceptance, as a recipient address on most public blockchain networks generally cannot reject a transfer of digital assets. This combination of law and technology means that potentially any receipt of a digital asset, regardless of its dollar value, can turn out to be a reportable transaction.

When digital assets are received triggering the $ 10,000 threshold, they will need to be reported within 15 days to avoid penalties and / or up to five years in prison.

This means that the recipient of the digital assets must verify and record the payer’s personally identifiable information, including full name, date of birth, address, social security number, and occupation.

More precisely it means:
Check the driver’s license or other ID of the human handing over the digital assets.
Record the tax identification number and other information of the person or entity.
File IRS Form 8300, including a description of the transaction and any digital assets received.
Send the report to the government (or file it online with the Financial Crimes Enforcement Network) within 15 days of the transaction. Before January 31, a summary of operations must be sent to each person declared during the previous year.
Finally, copies of these forms must be kept for five years.

Only recipients are required to file reports, but the law also creates new crimes for anyone who sends digital assets to others.

“At this point, we believe Congress should reject the Section 6050I proposal and allow for public and fair debate. We are in a difficult position because it has already been passed by the Senate. “

The quiet insertion of the Section 6050I amendment into a trillion dollar spending bill is more than just one more step on an already slippery slope. It aims to freeze the evolution of fintech around existing institutions that serve government oversight interests, without investigating the costs and consequences of the law. These costs and consequences include direct costs to human dignity, autonomy, freedom of association and of transaction.

Rejecting the proposal for Article 6050I will not end this debate, it will suffice to force it to open. The challenges posed by digital assets are real and inevitable.

For many, the most salient feature of distributed ledger technology is its disintermediation. Neither a bank nor an in-person meeting is necessary to convey something of value to another person. But the broader digital asset technology also contains tools that, combined with the law, can centralize authority and control over people and their transactions to an extent previously unimaginable.

This concern is not just hypothetical, as China’s ongoing experience with a centralized and authorized digital currency shows. The United States must chart its own course to deal with the promises and dangers of this new technology, and this process must be transparent and respectful of the rights and interests of Americans.

About Lee Richter: Lee Richter is an award-winning global leader, visionary, and thought-leader recognized for being one of San Francisco’s Top 100 Women CEOs for 7 years in a row and the 100 fastest growing companies. fastest in the Bay Area for three consecutive years. . As a businesswoman since 1998, Lee has created and sold several multi-million dollar businesses, is the number one bestselling author, producer of Abundance Studios ™ and a member of the Forbes Business Council.

Building on his successful entrepreneurial journey, Lee uses his vast experience to inspire business leaders and entrepreneurs to realize the importance of NFTs and blockchain and take action to develop and implement a successful strategy. To learn more about NFTs with Lee, please visit www.thegloballeaderscollective.com.

This version was posted on openPR.