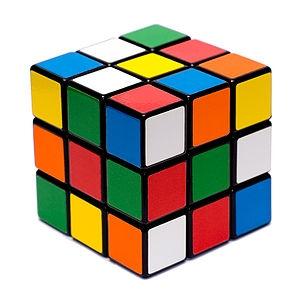 The 10 Most Confusing Parts of the Income Tax Code

Granted, it’s not American Idol, but there’s plenty of impressive competition in April for the title of “the most confusing part of the US income tax code.” This is not surprising, given that the basic 1040 instruction booklet now runs to 179 pages and National Taxpayer Advocate Nina E. Olson has the complexity of brand taxation is the most serious problem facing taxpayers. In fact, preparing a tax return has become so complicated that 60% of individual taxpayers pay a pro (median taxpayer bill: $258) while 29% use software such as IntuitiveTurboTax or H&R blockis at home.

I have limited this competition to provisions that affect ordinary americans– not those who GE and other large corporations could scoff and then happily use to lower their corporate income tax bills. (See What Top US Companies Pay in Taxes here.) I’ve given extra crazy points to layouts that require a long worksheet or form; are temporary or constantly changing; have a history of high taxpayer error and fraud (meaning they are also a challenge for the Internal Revenue Service); or confused me when I did my tax return or tried to write about them. here are my 10 choices of finalists. Vote for your favorite by commenting below, or name your own most puzzling layout.

1. Alternative Minimum Tax. The AMT is a second fictional tax system originally designed to ensure that big cats with exotic tax shelters pay at least some tax. But these days, it primarily afflicts upper-middle-class families whose “safe havens” are large state and local tax deductions and/or exemptions for children. Thanks to a last-minute fix (as in December), “only” about five million households are paying AMT for 2010, but many more had to complete AMT in 54 steps Form 6251 to determine that they shouldn’t. (Instructions run 12 pages.) Some AMT payers must also complete step 57 Form 8801: Minimum Tax Credit for the Previous Year.

2. Taxation of social security benefits. The complicated formula and 20-step spreadsheet used to determine the percentage of benefits (up to 85%) subject to tax are not new, but they affect more Americans as the number of recipients of social security increases. In 1997, my then editor, William Baldwin, Forbes Investment Strategies Editorused his Harvard degree in Applied Mathematics to reduce this tax madness to a fun equation and graph:

3. Tax breaks for colleges. There are at least 14 different tax incentives for higher education. (As if parents haven’t had enough grief filling out multiple rounds of college financial aid applications.) The IRS’ Publication 970, Education Tax Benefits is 86 pages long and includes a two-page chart showing the different rules on which students are eligible, which families earn too much, and which education expenses are eligible for each of the 11 tax breaks. The result of so many choices: many families end up claiming either a benefit to which they are not entitled, or a break that doesn’t save them the most. (Hint: If your child is a full-time undergraduate student, the US tax credit of $2,500 should save you the most.)

4. Child tax. If a child is under 19 (or under 24, if a full-time student) and has investment income over $1,900, that income is taxed at the generally higher tax rate of parents. The child tax is designed to prevent the wealthy from transferring income to their children, but ends up creating additional paperwork burdens for less wealthy families as well. Understand this: Any child who has $950 or more of unearned income (interest, dividends, and capital gains) or $950 of total income, with $300 or more of that unearned, must file a return. But nearly 60% of the 10 million returns filed for children in 2005 showed $50 or less in total taxes owed, according to a tax simplification report released last year by President Obama’s Economic Recovery Advisory Council. (In other words, a paid tax preparer may end up with more money than Uncle Sam.) Worse still, if a parent has more than one child with investment income, completing the returns must be coordinated with any additional child tax distributed. on the return of each child.

5. Phasing out. An increasing number of tax benefits—for retirement savings, education, children and the like—are being phased out (i.e. eliminated) as a taxpayer’s income increases. This makes planning difficult, leaves families feeling cheated, and creates impossibly high marginal tax rates for some workers because every extra dollar earned can be subject to both regular taxes and the phasing out of a tax break. . Progressive deletions also create complicated worksheets. The Child Tax Credit Worksheet, for example, has 10 steps, with one step requiring you to enter and add nine different numbers from six different forms.

6. Green tax credits. The rules are constantly changing as to which alternative fuel car, windmill or energy-efficient window qualifies for tax relief. (For more details on the 10 green breaks available in 2011, click on here.) The result is confusion for honest taxpayers, opportunity for the dishonest, and a mess for the IRS. In February, the General Inspectorate of the Treasury of the Tax Administration (TIGTA) reported that a fifth of those claiming tax credits for plug-in electric and alternative vehicles early last year were not eligible. IRS employees and prisoners were among those making erroneous or apparently fraudulent statements.

seven. Retirement accounts. There are more than a dozen tax-efficient retirement savings accounts, each with their own set of rules governing contributions, distributions, and when you can withdraw money early without paying a 10% penalty. . For example, you can withdraw money early, without penalty, from an IRA, but not a 401(k), to pay college bills. On the other hand, you can take a “hardship withdrawal” without penalty from your 401(k), but not from your IRA. It’s no surprise that even the most conscientious taxpayers can break the rules. A particular pitfall on the 2010 returns: Roth conversion reporting. (More tips on reporting and even redesigning 2010 conversions are here.)

8. Homebuyer Tax Credits. In 2008, 2009, and 2010, Congress created three different versions of these credits — two for first-time homebuyers and one for long-time homeowners. The credits are now gone, but the confusion (and the audits) will continue for years; the initial $7,500 version of the first-time homebuyer credit is to be repaid over 15 years, with the first repayment due on 2010 tax returns. Last week, TIGTA published a report concluding that the taxpayers received half a billion in credits for the purchase of a house which they were probably not entitled to.

9. Earned income tax credit. In 2004, Congress made this low-income credit a little less confusing, when it adopted a uniform definition of an eligible child. But as a professor testifying on behalf of the American Institute of Certified Public Accountants before the House Ways and Means Committee last week said, the EITC still involves all sorts of complicated definitions, rules and calculations. This is a particular burden for low-income workers whom the EITC is meant to help.

10. Passive Activity Loss Rules. These date back to Congress’ attempts to cut dodgy tax shelters in the 1980s, but continue to confuse taxpayers to this day. Suffice it to say that if you have losses from a business you are not actively involved in (a “passive” activity in tax parlance) or if you lose money on rental real estate (and you are not a real estate professional), you can generally only use these losses to offset income from other passive activities. One exception: singles or couples earning up to $100,000 can deduct up to $25,000 of rental real estate losses from their other income such as salary, provided they handle the rental themselves. (Above $100,000, the allowable deduction is phased out at $150,000 of modified adjusted gross income.) Publication 925, Passive and Risky Activity Rules, provides 27 pages of explanations. Study or hire a professional.

How many words are there in the tax code?