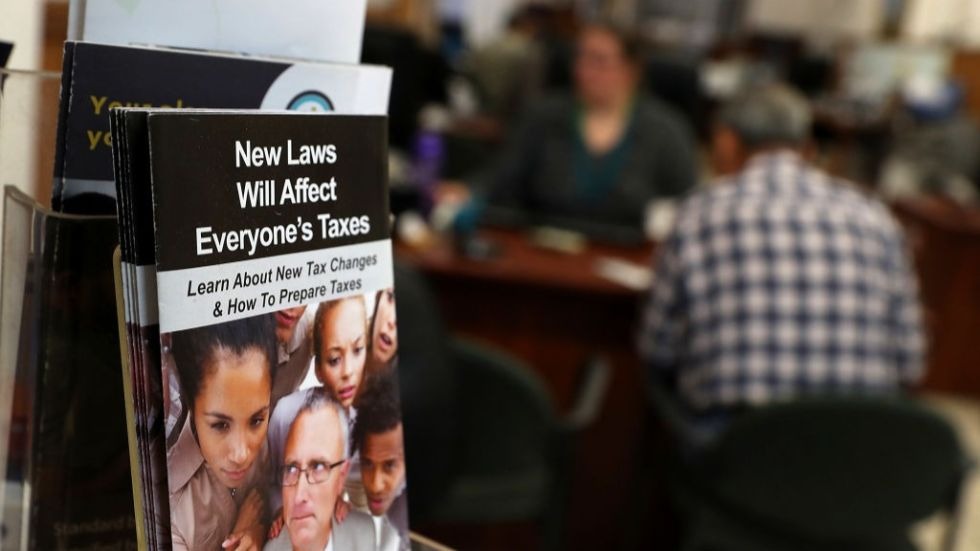 This month, millions of Americans filed taxes. For many, tax season is little more than a burden or an annoyance – just one more thing to cross off the to-do list.

But as leaders of organizations who fight for marginalized communities every day, we see our country’s notoriously complicated tax system as the main driver of racial inequality. It doesn’t have to be that way. The US tax system can be one of our most powerful tools to advance racial equity and create opportunity for all, but only if we are bold enough to reform it.

First, we need to restore the Child Tax Credit (CTC) and the Earned Income Tax Credit (EITC). In 2021, the US bailout gave millions of families access to these transformative programs for the first time. The results were immediate and amazing, especially for communities of color.

Before the expansion, nearly half of all black and Latino children had been excluded from full benefits because their families did not earn enough to qualify. The expansion of the child tax credit doubled the number of black and Hispanic families eligible for full support, and 26 million children across the United States began to fully benefit from the credit for the first time. But in January, 3.7 million the children fell back into poverty when Congress failed to renew the program. It was an unacceptable error.

To create a more racially equitable tax code and rebuild for justice, Congress must permanently expand the Child Tax Credit and the Earned Income Tax Credit – two of the most powerful policy levers we have. we have to expand opportunity and advance racial equity.

Second, we need to ensure that families who qualify for expanded tax credits can actually access them. Our country’s tax policy, safety net programs and benefits are extremely complicated, forcing the most vulnerable among us to jump through hoops and red tape every time they file a return. That’s why our organizations are proud to support the Volunteer Income Tax Assistance (VITA) program, which helps low-income families file their taxes and access tax credits. essential tax.

Each year, tens of thousands of IRS-certified volunteers trained by VITA nonprofits — working at sites in every state — ensure low-income households can claim and keep the benefits they’ve earned. In 2021, more than 2,800 VITA sites prepared nearly one million declarations, generating more than $1.7 billion in reimbursements to low-income families and maintaining an accuracy rate of 96% – the highest in the industry. While the work of organizations like VITA is critical, we should make it a national priority to overhaul our nation’s tax system and make it easier for families to get the help they need.

Third, we need a Fully Funded Tax Service to make the system work for everyone. This year, we know that many filers can expect delays in receiving their refunds, which can offset an important part of a family’s annual income. These delays will disproportionate impact low-income taxpayers, many of whom are households of color. With appropriate funding levels, however, the IRS would be able to avoid these safeguards and ensure that American families receive the refunds they rely on.

Limited IRS funding also means that EITC recipients are more likely to be audited than wealthier Americans, even though wealthier individuals and corporations are responsible for a higher percentage of uncollected taxes. The IRS itself has admitted that it is simply simpler and cheaper than verifying wealthier households with more complex tax returns. The result is a disproportionate audit of communities of color – many of the counties with the highest audit rates are predominantly Black, Latinx or Native American. Fully funding the IRS not only ensures timely payment of benefits, but is also an essential step in ensuring fairness and equal treatment under the law.

The US tax code can be a powerful force for economic opportunity and racial equity, but only if we fight for it. This tax season, national policymakers must do more to extend tax credit eligibility to families who need them most, make it easier for families to access these benefits, and ensure tax rules are applied fairly. and fair. Only then can we build a racially fair tax code and an economy that works for all Americans.