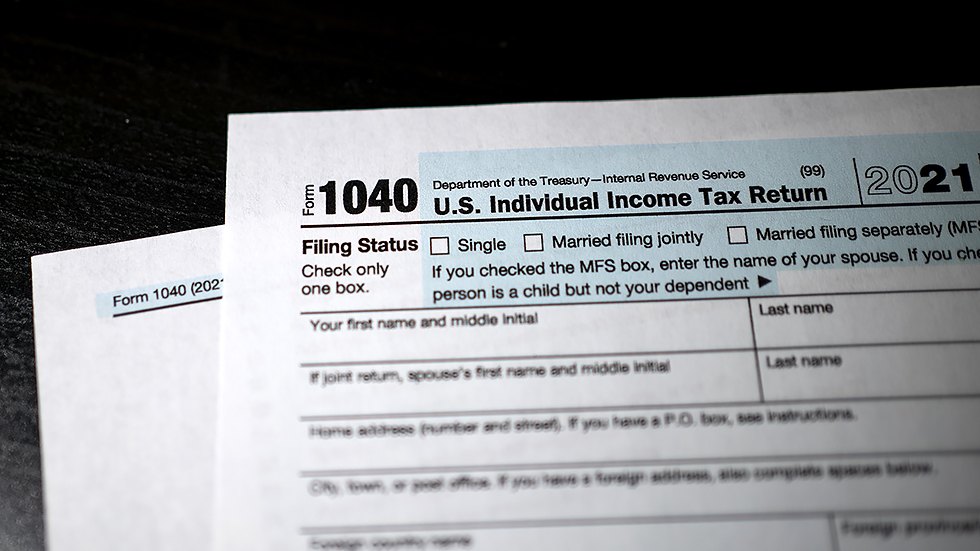 As inflation continues to impact the American working class across the country, reports show that black Americans are the hardest hit. In addition to the massive economic inequalities caused by the pandemic, the rising costs of housing, food and gas make it virtually impossible for black communities to materially improve their financial conditions.

My grandfather – in his youth – met people who had been wealthy slave owners before the Civil War. It’s only been a few generations since most of America’s wealth came from slaves rather than farmland or factories. We have come a long way since then.

Unfortunately, there is still a very long way to go. Black Americans continue to face systemic discrimination in virtually every corner and every institution in America. One of the most salient but overlooked places where black Americans encounter bias, however, is our country’s tax code. Its preferential treatment of existing wealth over income leaves the black community at a permanent disadvantage relative to their significantly wealthier white counterparts.

As a result of decades of racist federal policies like redlining, black Americans are nowhere near the wealth level of white Americans. The ratio of white to black wealth in America today is 6 to 1; for every dollar held by the average white American, the average black American holds only 17 cents. If black Americans held a share of the national wealth equal to their share of the population, they would hold $12.68 trillion in total wealth instead of $2.54 trillion, bringing the total racial wealth gap to $10.14 trillion. Not surprisingly, this has led to a situation where black Americans are overrepresented among the poor and underrepresented among the rich, which constitutes 26% of the poorest fifth in the country and only 3% of the richest fifth.

With such a large racial wealth gap, any tax policy that grants benefits to already wealthy people will by definition grant a disproportionate amount of its benefits to white Americans. Our tax code currently taxes labor income roughly double the rate it does income from stocks, bonds and other investments, or passive income on pre-existing assets. And although it taxes labor income on a regular and annual basis, it only taxes investment income. when investors decide to sell assets, giving them the ability to pick and choose when to pay their taxes. It’s a problem for anyone who needs to work for a living in America, but it particularly hurts the black community.

The American dream faded of view for several decades as it has become increasingly difficult for workers to improve their lot. But the sad reality is that the American dream has never, at any time in our nation’s history, been a reality for black people. From 250 years of slavery to 100 years of Jim Crow segregation, to decades of redlining and job discrimination, black Americans have time and again been denied critical opportunities to create wealth and achieve the American dream for themselves and their offspring.

You need wealth to create wealth in this country, and black Americans unfortunately never had it. And if the best way to make money is to already have money, a pre-existing wealth gap will only grow. As a result, the racial wealth gap has actually grown in recent yearsnot shrink.

Big Tech must step up now to fight midterm misinformation Republicans aren’t guaranteed to sweep midterms, but if they do, here’s what to expect

Despite the complexity of the issue, there is a simple solution that would help solve this problem. Wealthy, predominantly white investors should be asked to pay taxes, as should people working for a living, while working people should be given a bit more financial leeway. We should make it easier, not harder, for black workers (and workers of all races) to save and spend their hard-earned money and build a better life for themselves, their families and their communities, while demanding more from the ultra-rich who can easily afford to pay more.

I myself am a wealthy white investor living on the Upper East Side of Manhattan. It would be fun to think that I am where I am today because I worked hard and had talent in my career on Wall Street. But I also recognize that my success is due to sheer luck in the skin color lottery in America. My parents were able to support me financially, in part because they had a government-subsidized mortgage in the 1960s that just wasn’t available to black Americans. Now, my adult sons today are better off financially than typical black people their age just because I was born white.

It’s time we strengthen our resolve to right the wrongs of the past by reforming the tax code and removing another advantage that wealthy white men like me have over the rest of the country. This is by no means the only policy solution needed to close the US$10.14 trillion racial wealth gap, but it is a crucial and necessary step to take if we are to move our country forward in its long and slow march towards racial justice.

Reached the legal retirement age? Be sure to check your tax code | Personal finance | Finance

Revamp the tax code for the middle class